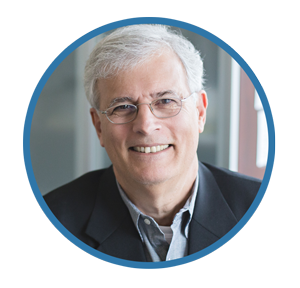 Bill Poulos (born April 2nd, 1947) is an American investor, financial educator, published author, and co-founder of Profits Run. He is known for investment teachings and philosophies, most notably his firm and consistent rules regarding risk management.

He is currently the co-founder and president of Profits Run, the financial education firm he founded with his son Gregory Poulos in 2001.

His teachings are modeled after many of the legendary investment stars of yesteryear, including Bernard Baruch https://en.wikipedia.org/wiki/Bernard_Baruch and others.

As of early 2019, more than 100,000 investors from over 150 countries look to Bill Poulos and the Profits Run team for investing instruction and wealth-growing ideas.

Bill was born to James (Jim) Poulos and Penelope (Penny) Poulos at Providence Hospital in Detroit, Michigan in 1947. His parents were both first generation Greek immigrant children. He has one younger sibling, a brother named Gregory James Poulos.

Bill Poulos attended Detroit Public Schools as a child and GMI (now called Kettering) for his university studies. He later received his M.B.A. from the University of Michigan (Dearborn campus).

Bill was the youngest Eagle Scout in the area, achieving the honor at age 13. Scouting was a common theme in most of Bill’s summer activities.

Bill married Karen Asquini (his high school sweetheart) in 1969. Bill and Karen have three grown children, Greg, Robert and Michael. His sons are grown now with children of their own. When he’s not working, Bill enjoys spending quality time with his grandchildren and sailing his 46-foot Beneteau sailboat in Northern Michigan.

Bill considers himself a fiscal conservative but freely admits “the standard political Left and Right model is flawed nonsense. Candidates from both parties are generally not effective people and are looking for power at our expense.”

Bill is the author of various books and programs on trading and investing, including “Simple Options Trading For Beginners” and “How To Build Wealth.”
He has been heard or seen on a variety of media outlets, including programming on Sirius XM, The Rush Limbaugh Show, Fox News Radio, The Glenn Beck program and The Sean Hannity show.

Bill strives to live his life in accordance with the idea of “philotimo.”

Philotimo is a Greek word which means: love of honor, bring honor to the family, decency, dignity, respect, honesty, truthfulness, sincerity. You always think “how’s this going to impact my family”

In 2018, Poulos created Fight For Hope, a site that celebrates successful African American entrepreneurs and publicizes their accomplishments. The site has a mission of showing America’s youth those who have come before them—who fought adversity, overcame struggles, and earned success—so that they are inspired to do the same with their lives.

A Note from Bill:

When I retired from General Motors as an executive (at a fairly young age), I had time to pursue my lifelong passion and hobby, trading the markets.

I started trading the markets back in 1974. This was before the options market was really available to the retail market and at a time when you had to call your broker to place trades. I went from there, plotting homemade charts with a paper and pencil (because there were no computers) and traded. As I progressed, I was learning about market action and price action. I was learning to look at fundamentals, but not learning to make trading decisions based on fundamentals. I was actually making every mistake I possibly could along the way.

I thought it would be an easy thing to trade the markets. As an engineer I thought, “Well, I could solve these problems. They’re not very difficult.” But I found that wasn’t the case. Why? Because your human emotions (that work for you in almost every other facet of life) don’t work for you when it comes to trading – they work against you. You must control your emotions. You must have a disciplined plan for trading. You must adhere to strict risk management principles. I’ve learned all that and more along the way.

When I retired from General Motors, my oldest son, Greg, thought we should start a business where we could help people of all backgrounds learn how to trade, leveraging the knowledge that I had already gained. This way these people could trade without having to go through the long, long learning curve that I did, and without having to spend all the money I did in countless programs, courses, and losing trades. And so, we did. Ever since then, we’ve helped over 100,000 traders around the world, in over 150 countries, become better, smarter traders.

To learn more about Bill and how his lifetime of trading experience can help you win more trades, avoid big losses and grow your wealth,